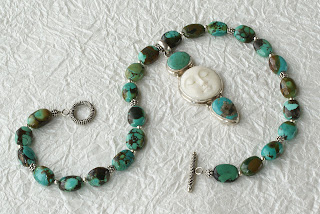 One of my favorite jewelers is my sister, LeAnita. She was recently featured for a freshwater pearl necklace she made for First Lady, Michelle Obama. It is gorgeous, made with a teardrop pendant from Tibet. LeAnita is also supporting Autism Speaks by donating 10 percent of your purchase on certain items. She has also been featured on FOX News Chicago (the video is available on her website), in Redbook Magazine, Today’s Chicago Woman and other publications. All of LeAnita’s necklaces are made from semi-precious gem stones and sterling silver. She uses a lot of amber, onyx, turquoise and topaz for many of her pieces. I am fortunate to get a sneak peek at many of her designs before anyone else, but sometimes I see her jewelry for the first time when I see a woman walking down the street with a “LeAnita” around her neck or wrist! 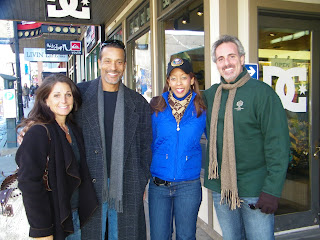 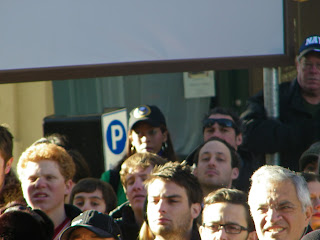 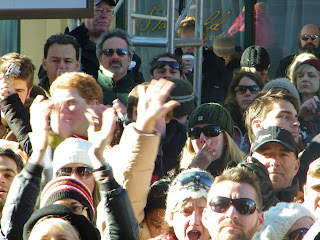 Today the Sundance Film Festival celebrated the Inauguration of President Barack Obama. Televisions were set up outdoors as a large crowd gathered to watch the swearing-in ceremony. As a true reflection of what Obama represents, the crowd was filled with interracial couples and bi-racial children. One of those couples who we ran into was actor Phil Morris (son of actor Greg Morris) and his wife Carla. Morris has been in many shows & movies, but one of his more popular roles is the one he played in Seinfeld as Kramer’s attorney, Jackie Chiles. Cory did his best impersonation of that character for Morris, who found Cory to be very amusing. We also told him of the movie we saw a few days ago, coincidentally named “I Love You Philip Morris,” which I talked about in my Day #4 blog entry. It is a new day for this country, which is evident by the fact that more people worldwide watched the Inauguration than any other event in the history of television. Hopefully the election of this new president will open the door for the respect of our differences and a greater appreciation for what we all have in common. 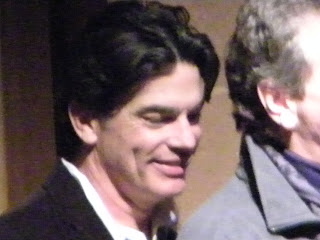 We attended two movies today. One was with Peter Gallagher, called Adam. It is about a twentysomething who suffers from Asperger Syndrome and must learn to live an independent life. The movie brought much needed attention to this often overlooked disease, but the movie itself was a bit disjointed. 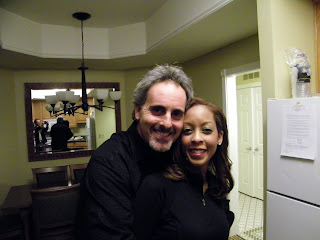 The second movie was called The Messenger, starring Woody Harrelson. The premise is a really good one. It follows two Army soldiers whose sole job is to tell military families that their loved one has been killed in the Iraq War. The rules are strict about telling families the bad news. The soldiers must use a guided script when telling families how their love one was killed. The messenger delivering the tragic news is also told to never touch the next of kin who is receiving the bad news. No hug, no handshake-just tell them that their relative was killed in the war and leave. 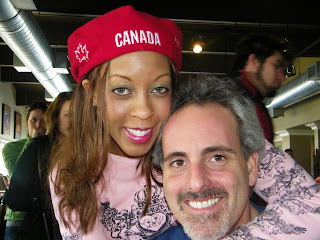 The Messenger started as a great movie with excellent performances. Then something went wrong! Too many story lines was the downfall of what could have been a really good feature film. The story lines became so long, that I fell asleep! I simply could not help it. Closing my eyes and nodding off was the only way I could end my personal misery of sitting through a movie that had sadly lost its focus. 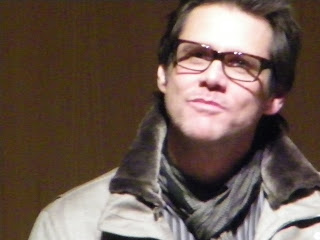 One of the greatest aspects of Sundance is that we have the opportunity to watch the stars watching themselves on the screen during the movie premieres. We had the chance to sit two seats behind Jenny McCarthy & her long-time boyfriend Jim Carrey as he saw himself in his premiere, “I Love you Phillip Morris,” also starring Ewan McGregor. In the movie, “I Love you Phillip Morris,” Carrey plays a very dedicated church-going man who loves Jesus, his wife & little girl. He sings in the choir and is dedicated to his family until one day he realizes that he is gay. His antics as a con-artist land him in a Texas prison (consistently), which is where he cultivates a very intimate relationship with McGregor. During the screening, Jenny McCarthy was whispering to Jim Carrey, especially during some of his more intimate scenes on screen with Ewan McGregor. When the movie ended, she gave him a huge hug & kiss before he took the stage to answer questions from the audience. This is one of the best ways to view a film-while sitting near the stars who are often watching themselves in the movie for the first time before it is released. I do not know if this film will be picked up in the mainstream theaters or if it will go directly to HBO. I do know that Carrey earned me as a fan in this film. I usually avoid his movies, because I’m not too keen on his extreme humor, but I give this one a thumbs up. Ewan McGregor was EXCELLENT in this movie & very believable in his role. He is an amazing actor and gave a great performance. 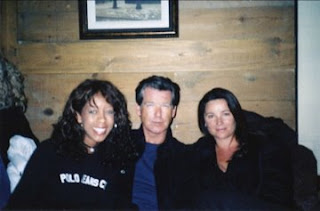 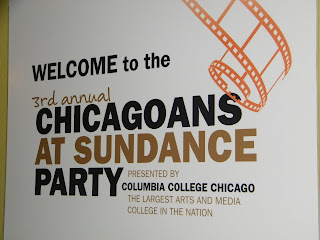 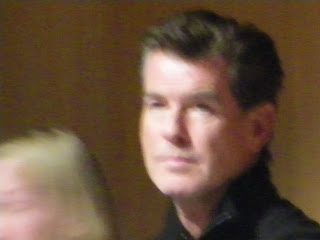 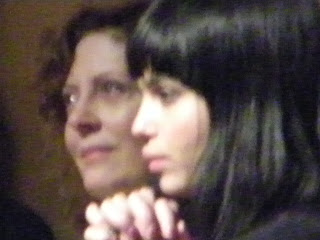 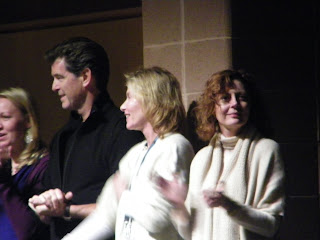 Readers of this blog know that several years ago, Cory & I had the opportunity to meet Pierce & Keely Brosnan at the Sundance Film Festival in 2005. Today we saw him in the movie, The Greatest, a movie about parents (Pierce Brosnan & Susan Sarandon) who lose their son in a tragic car accident and how each copes with her/her grief. It is shot in the suburbs of New York and has a picture perfect setting for the All-American family. When tragedy strikes, the family and their friends unravel as they try to wrap their heads around what has happened to their son. This movie was very powerful and emotional and a must-see when it eventually hits the theaters. Viewers of this film cried through much of the movie. For that matter, Susan Sarandon, who sat in the audience with Pierce & the rest of the cast, cried while watching the movie as well! After the movie we headed to the Chicagoans at Sundance Party, hosted by Brenda Sexton. It was great to be this far from the Windy City with a room full of people fleeing the Chicago cold for the mountains of Utah. 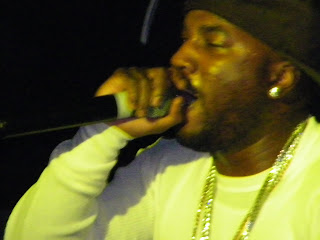 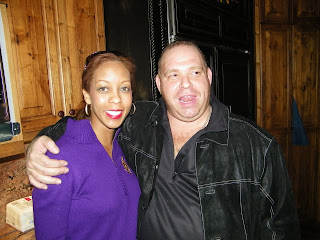 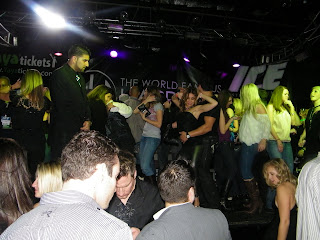 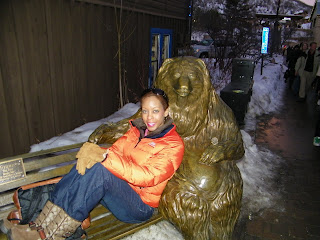 The celebrities are slowly starting to trickle into Park City and Harry O’s continues to be the hot spot at night. Tonight, rapper Young Jeezy performed. I am not a personal fan of rap or hip hop (especially when the “N” word gets thrown around left & right), but he did give a good performance. Afterwards, we headed to a private party in a home further in the mountains until 4:30 AM-which is why I look so wretched in my photo!. Wesley Snipes was running around the house dressed in all white with a ski hat, using a fake Jamaican accent trying to convince people that he was NOT who he is. If someone said his name, he would ask, “Who’s Wesley?” It was quite bizarre. He also kept putting his hand in front of his face if someone looked him in the eye. This party only had 150 people, so obviously, someone was bound to talk to him & want a photo too. Wesley is much shorter than I thought, about 5’8” and very skinny. When asked if we could take photos with him he absolutely refused. Quite frankly, I am not surprised. Wesley was exactly what I expected and sadly, completely the antithesis of celebs at Sundance. They are usually laid back, accom0dating and eager for a photo op with fans. Wesley can learn from a dude named Louis who plays “Turtle”’s uncle on the show, Entourage. He was an amazing guy to talk to. Most likely because he has not achieved enough fame for it to go to his head, though when he does, I think he will still be a very down to earth man. Saturday night is another private party-this one is for Chicagoans at Sundance. 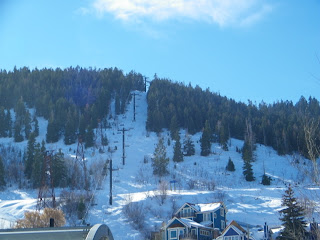 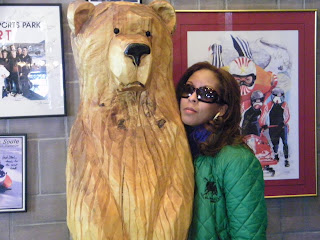 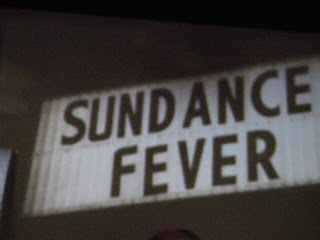 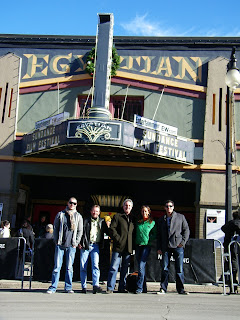 The Sundance Film Festival kicked of tonight. As celebrities and movie-goers descended on Salt Lake City, Utah, opening night was with DJ Nick Cannon. He played everything form the 80s to now at Harry O’s on Main Street. Surprisingly, it was not a packed house. I’ve been told that lodging is down 10-15 percent this year at Sundance and the street was not as filled with “Sundancers” as usual. Tomorrow, a film with Philip Seymour Hoffman officially kicks off the 2009 Sundance Film Festival. Today we had a tour of several venues that are still under construction, but will be ready by tomorrow for the first day of the Festival. These venues will be used by celebrities as nightly “hang out” spots or used for press junkets. It is currently 3 a.m. and my first movie viewing is in eight hours. More to come from the Festival of the year tomorrow...which is actually later today! 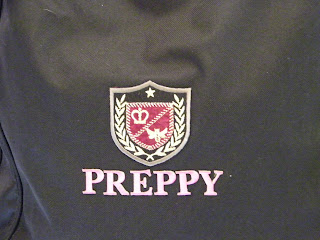 We are heading to the Sundance Film Festival again! I have not been in a couple of years, so it will be nice to return this year. Cory proposed to me at the top of Snow Bird Mountain during our first trip to Sundance in 2003. Over the years, we have been very fortunate to hobnob with the celebs, including a cozy evening of conversation with Pierce & Keely Brosnan a couple of years ago. Given the issues I’ve had with my back, I’ve also learned to travel a bit more lightly. Instead of my standard suitcases, my rolling duffle is at the door and ready to go. Considering half the bags traveling through airports are black, mine is distinctly marked so I can find it quickly and head up the mountain on the other end.
Newer Posts Older Posts Home
Subscribe to: Posts (Atom)