My hubby gave me a Tory Burch tunic in October for my birthday, that I love. The last two months have been SO crazy busy, that I did not have the chance to wear it until a recent holiday event. 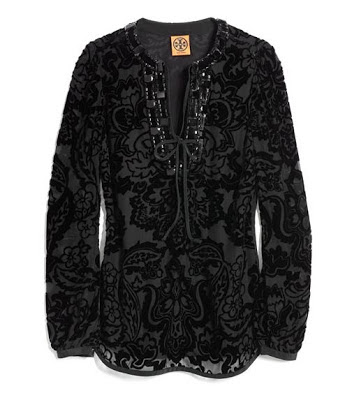 Usually, I wear her brighter tunics around the holidays, because they are quite festive.

But I like the elegance of this black one, which can be worn so many different ways. 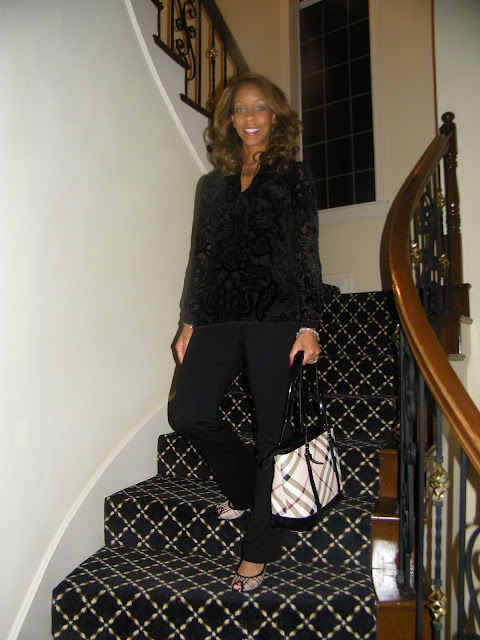 Matching shoes and handbag help to polish off the look.


Cameron Alexander had to do two ads in one week. One was an industrial video for the American Heart Association and the other was for Cabela's Outfitters. The Cabela's shoot was especially fun because it was shot at the Dallas Arboretum, which is a gorgeous backdrop for any type of photo shoot.  Here is the little model pre-shoot, waiting for directions and the rest of his wardrobe, which were a mini pair of Merrells with bright orange laces. 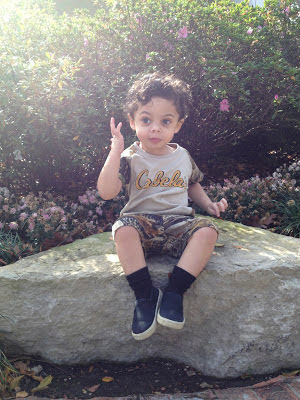 The crew set Cameron up on a short flight of steps on the far side of the Arboretum. It was serene and near a fountain. He listened very well to directions, which was quite impressive for someone who turned two-years-old two months ago. 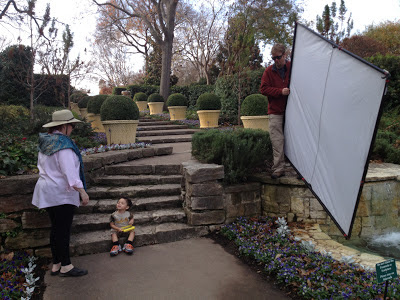 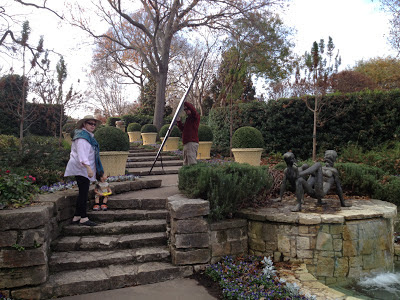 Some moms feel they need to be very hands-on during their kid's photo shoots. I prefer to stay nearby, but with very little input. I think it is important in modeling that parents not interfere in photo shoots. I was appreciative that I was able to take shots of my own without getting in the way. 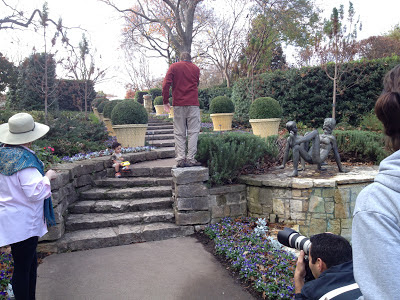 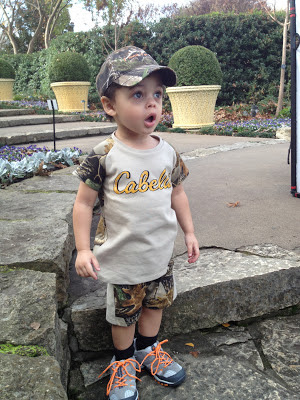 His shots will be used for Spring wear on their website and within all of their stores. I was shown, but will not post the final pics they will be using. You will have to wait until Cabela's rolls out their spring campaign for those. 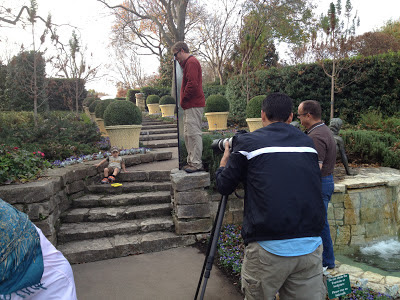 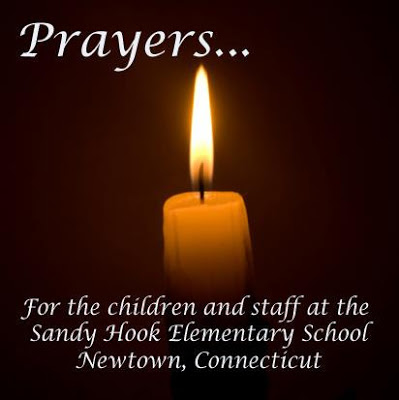 Here is to lots of latkes this holiday! 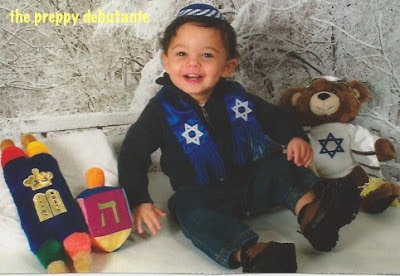 
As an alum in a sorority, I obviously don't get to see other Phi Mus as often as undergrads do on campus. That's why it is nice when our Dallas Area ΦΜ chapter gets together for various meetings and functions-especially during the holidays. 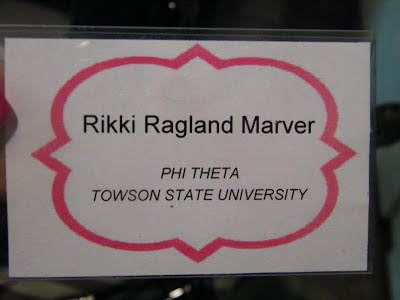 Last week, we gathered at our chapter president's home for brunch and a wine & chocolate exchange. 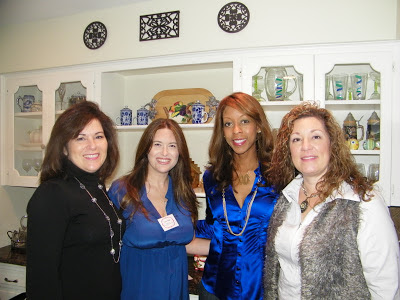 I decided to do a pink & white theme for my Phi Mu cupcakes. I really do like that our Fraternity colors  are preppy. I wore SO much pink when I was new to the sorority that it was a natural fit. 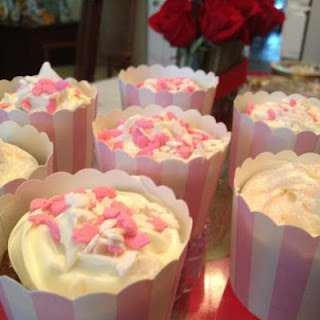 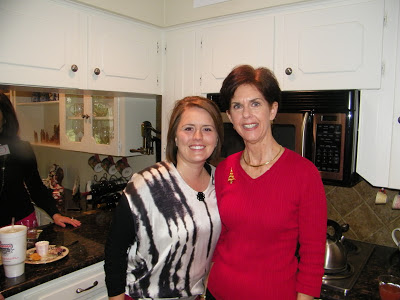 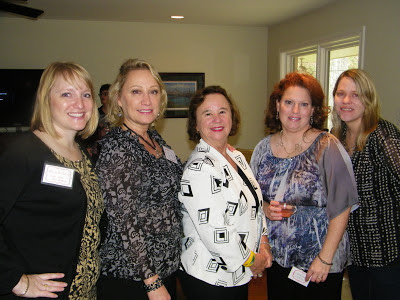 We did a LOT of catching up, given that it has been months since I last saw everyone. 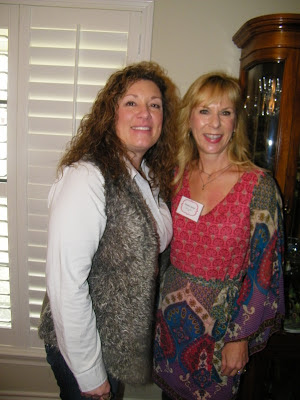 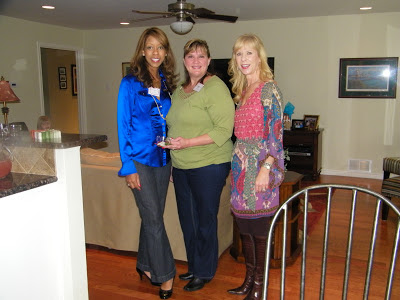 My heart of gold monogram

I have always said how much I love my monogram. It is well balanced with both R's flanking a giant "M" in the middle. It is no wonder that I immediately started monogramming everything in sight (including my car) the minute I got married!

This necklace is my latest and so far, favorite monogram- 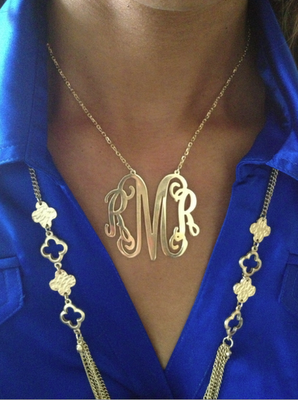